Robin Williams’ Daughter Has Twitter In Tears With Throwback

Robin Williams’ daughter, Zelda, had Twitter in shambles after sharing some adorable throwback snaps of her and her late father that she found while cleaning.

Robin Williams’ daughter, Zelda Williams, found some forgotten photos of herself and her late father at the famous TRL booth while cleaning during quarantine, and decided to share the serendipitous moment with the rest of the world. Like many others, Zelda is currently  Following the advice of experts, the 30-year-old daughter of the late comedian decided to do some deep spring cleaning to rid her home of any lingering germs. While she was busy scrubbing her house down, she found some throwback shots from back in her dad’s RV days, which she proceeded to post on Twitter, making everyone bawl their eyes out through the screen. 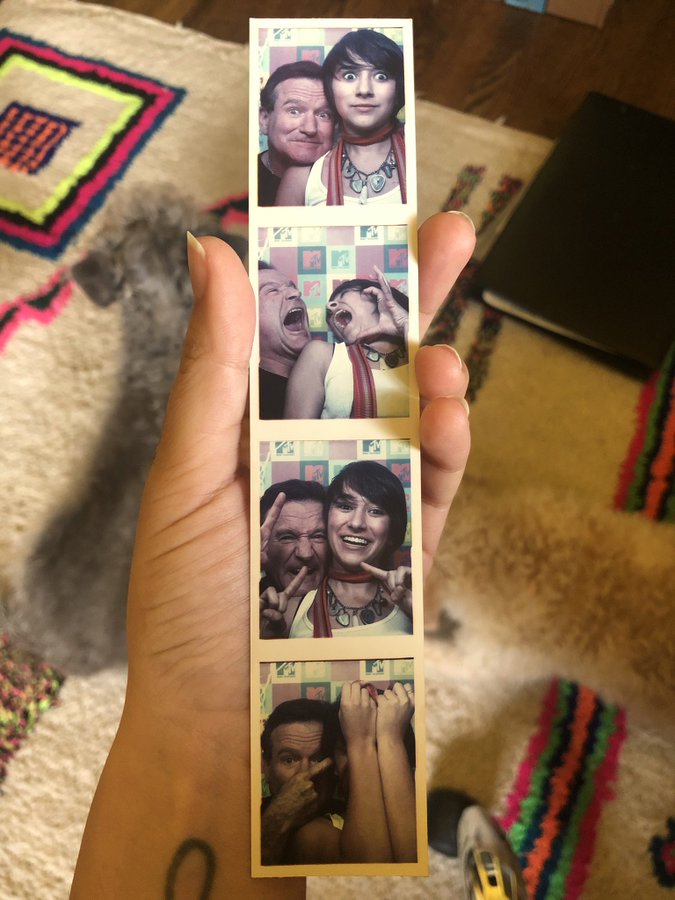 34.7K people are talking about this

“Isolation spring deep cleaning is turning up some fun old gems,” she wrote on the post, which shows her and Robin making goofy faces at the camera. One keen observer noticed that the background of the shots looks strikingly similar to the recognizable booth at the MTV show, Total Request Live. “Is this the TRL booth? A RELIC,” writer Carina Adly MacKenzie asked. “Yep!” Zelda replied. “Went with Dad and @iamjojo when I was like, 16? 17? Roundabout that, haha.”

, which would explain why the three of them hit up TRL together. It will be six years this August since , and fans couldn’t help but shed a few tears in Zelda’s replies. RIP to a legend, and enjoy these sweet shots of him from back in the day.

Superstar, Wizkid yesterday had his 2019 Starboy Fest and he was spotted in a N2.3million Louis Vuitton...